Abaco Barb: The rare Abaco Barb is in great danger of extinction with as few as five remaining horses living in the bahamas. They are believed to have descended from Spanish horses that were in route aboard ships with early explorers to the New World. Many of these ships never reached their destination, and instead were shipwrecked or pirated in the Caribbean. Critically endangered they are most likely the rarest breed of horse that exist today. 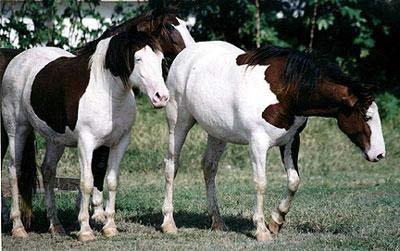 The entire population that run free on the island of Abaco once numbered over 200 horses. However, beginning in the 1960s, several events took place that led to the breed's severe decline from over 200 horses to just three individuals. With Abaconian intervention a herd of 35 built up again, yet since 1992 over half the horses have died. There have been no foals since 1998, though there was one abortion and one fetus aborted for unknown reasons. By early 2010, the herd has diminished to 6 individuals. As of October 2010, only 5 remain - three mares living inside the preserve, and two stallions living outside of the preserve (Reference - www.ArkWild.Org). Recently, however, there has been a push to help preserve the breed. One of the remaining stallions, Capella, was made into a Breyer Model Horse in 2005. Save 80% on Frontline Plus